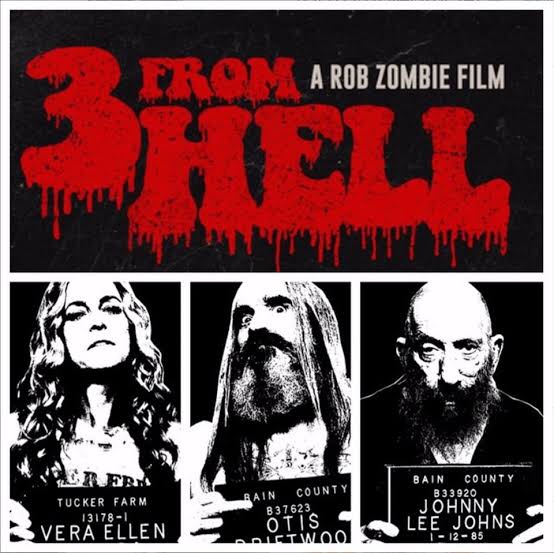 Rob Zombie returns to the characters that first gave him true fame as a director: the Firefly family. It’s been 14 years since we last saw the Rejects in what was, in my opinion, the best film of his career 2005’s The Devil’s Rejects. So is the third entry in this series worth checking out?

Well yes and no.

There is a lot to love for Zombie fans. Bill Moseley is once again the highlight as Otis B. Driftwood. He is having a ball in this role and is always the most interesting part of the film.

The addition of Richard Brake as younger brother Winslow is a solid addition to fill the void left by Sid Haig’s Captain Spaulding. Haig does appear in the film for a short time and was nice having a last moment to honour his recent passing.

Sheri Moon Zombie’s performance as Baby Firefly, however, is a mixed bag. She isn’t a very strong actor, never has been, but she obviously loves this character and puts her all into it.

The movie is split into two halves. The first half follows where the characters ended up after the events of Devil’s Rejects and how they came to reunite over the span of a decade. While the second half is the Firefly family’s past catching up to them.

The first half is the weakest as it moves really slowly and the story struggles to get going. The second half, however, is a lot stronger. More fun and and feels like The Devil’s Rejects but more light hearted.

Overall I don’t think this film needs to exist. It doesn’t add anything new or interesting to justify its existence. Seems to just be Zombie wanting to reunite with old friends and have some fun with them.

The Devil’s Rejects ended on such a perfect note I can’t really understand the exact reason to do this film. It feels as though this film is mainly for hardcore Rob Zombie fans.

Not as good as The Devil’s Rejects but far better than House of 1000 Corpses: